This is a story I wrote that has been published before but not on this site until October of 2016. Obviously, it’s about sensually cock teasing men which I love to do. Hope you like it!

My name is Lynnea, but all my friends call me Lynn. I am a little cock tease.  Ever since I was a tiny girl, I knew how to wrap men of all ages around my little finger. I can usually understand a guy’s “buttons” pretty quickly, and I love to push them over and over again… with my middle finger. Maybe I add in a flirty hair flip. Perhaps I do it with a sideways smirk and big doe eyes. And often a cute little head tilt helps get a guy going even more.

I remember one evening where my girlfriend Missy and I were heading out to the clubs. As we were going through our feminine rituals of lip gloss and body glitter, we came to discuss my ability to tease men with such little effort. We were giggling, as girlfriends often do, and we were not about to stop. It seemed natural to make a “bet”. Silly Missy thought she could bet against me. Of course, I’ll capture a guy tonight, in my little web of lust. Of course, I’ll take her money.

When we arrived at the club, I saw many guys looking at me. Perhaps it was my short denim skirt and a pink lacy crop top that came just to the top of the skirt at my waist. Maybe it was the subtle waves in my soft long blond hair. Perhaps it was my expertly applied make up that naturally enhanced my features and made my blue eyes “pop”. I’m not sure, but it’s the same reaction I get every Saturday night.

While Missy and I got situated at a table and ordered some drinks, my eyes scanned the room. I needed to figure out which guys only watched our entrance, and which guys continued to stare. There were a few, and I made a mental note of them as I allowed myself some distraction with my friend. All the while I used my hands seductively so that my dainty painted nails were noticeable. I flipped my hair and I smirked in my adorable way so that any guy who was watching could see how flirtatious I am.

After two drinks we decided to play some music on the jukebox. The selection was horrible, but I found some Rob Zombie song and played it. Then I wiggled my petite frame in a seductive way while the song played. I used my old stripper dance moves and skills to gain attention. Then I noted the eyes that were watching me, and I found my target.

I spotted a shy guy with his friend sitting at the very end of the bar in the dim light. He was watching me awkwardly, and if I glanced in his direction his eyes diverted away from me. He was afraid to be “caught”. But he will be “caught” tonight. I walked over to his end of the bar to order my third drink and lightly brushed my arm against his. He apologized to me; it was just an excuse to say something. I touched his arm lightly with my fingertips and told him it was my fault. Then I smiled sweetly before I walked back to my table.

It was at this point my friend began to giggle again. She never could hold her liquor well or keep a secret. I sat down at the table and flipped my hair to smile again at her. Clearly, she knew what was happening and how the night would end. I was now determined.

I decided to sachet myself past him again to use the ladies’ room. Naturally, there was a line, so while I was standing just inches from him, I bent over to look over my anklet, as if there was a problem. Yes, I wanted to give him the opportunity to get a good view of my ass, and the way my skirt pulled and inched up toward my crotch. I could feel his eyes penetrating me already. And then I purposely bumped into him as I stood up.

I initiated the conversation by saying something about the restroom line being so long. He agreed and mentioned that there was a second one in the back past the pool table and around a corner. I glanced toward his direction and said I wasn’t sure it was a good idea. There were a bunch of loud and clearly drunk frat boys at the pool table. Then I waited. I waited for him to make his “big” move as if I didn’t set him up for it. He didn’t disappoint me, and he offered to walk with me as my “protector”. It was sweet that he didn’t know that it was he who needed protection from me. I reluctantly agreed; very innocently.

So I traced my inner pussy lips with my middle finger and pressed it deep into my warm hole. Then I slide my finger to my clit and began to rub it in wild little circles. As I continued to slide more and more fingers into my cunt I could really feel my juices flowing. Then I stopped. I made a fist to rub my cream all over my left hand. Quickly I adjusted myself and walked out into the hallway. He was there waiting, like a puppy.

I was talking as I walked out the door about how isolated the area was. He agreed, saying it is almost never used because it was so hidden. I smiled and said maybe we should take advantage of it, and on my tippy toes I leaned up to kiss him. He liked my kiss and put his hands around my waist. This was his sign, I made it clear … it was “on”. We kissed and embraced a few more minutes. He was already anxious, so I suggested we go back to the main bar before my dear friend Missy got worried. I could tell he wanted to say no, or he wanted to ask me to fuck him, or he at least wanted to ask if we could go somewhere else. But he was too shy. It was up to me to ruin him tonight.

Back at the bar, Missy kept Brian’s friend occupied. This allowed me to up the ante in flirtation. Brian and I chatted and I made doe eyes at him. Then completely out of the context of our conversation, I asked him to smell my fingers and to tell me what it smelled like to him. I know he smelled my pussy, but I don’t think he expected me to tell him so bluntly. I explained that I was playing with my pussy in the restroom and that I removed my panties. Just for fun… I opened my purse and showed him.

Sure, he seemed shocked. But I saw some fire behind his eyes. I looked down to see that big lump in his jeans and watched him nonchalantly try to make room in them. I smirked at him and tilted my head. It was official; I knew he wanted to fuck me, badly. He was blushing.

Cock teasing is such an exquisite little torture. Delaying a man’s orgasm as long as I want to; only encourages me more. Denial can make a man squirm and forever worship me. I got to decide now what would happen. This was my game, and he was under my control. I asked if he would walk me back to the private restroom. He agreed.

Once we got into the long hallway I got closer to kiss him again deeply and intensely. I slide my hand down his chest while my tongue wiggled in his mouth. Then I lightly brushed his cock through his pants. So I took his hand and pushed it against my right tit. Then I asked him if he wanted me. He said yes… so breathy and desperately that I almost laughed out loud!

I guided his hand under my skirt and propped my foot against the baseboard so I could have my pussy open for him. Then I told him what to do. I told him to stick his finger as deep into me as possible. He was so shy and blushing due to my vulgar language. I really didn’t care. So I told him to rub my clit. Then I told him to finger fuck my cunt with multiple fingers. He would get nervous every now and then, so he’d slow down. But I was demanding, I wouldn’t allow him to stop. I kept up the dirty talk and said very dirty things to him.

Poor Brian my boy toy was so flabbergasted but extremely aroused. I could tell he was ready to burst without me laying a hand on him. I came nice and hard. A deep throbbing orgasm that made me moan. He was so proud of himself. I am certain this type of situation had never happened to him before.

I led him into the bathroom. It was empty, and one of the fluorescent light bulbs was blinking. It gave the room an eerie glow against the pale tiles. I pulled him into a stall and undid his pants. He was literally helpless, and could barely speak. He was mine. I could get him to do whatever  I wanted. Or, I could ruin his night.

I grabbed his dick and asked him if he wanted to stick it in me. Naturally, he said yes, so I started hiking up my skirt around my waist. I told him to sit down on the toilet and started to straddle him. I asked him to close his eyes and told him I would do all the work. He seemed to love this idea.

I kissed his neck and brought my juicy snatch close to his cock. It tapped my pussy lightly. Just the head grazed its warmth. Then I stopped and said I needed to get a condom, Missy had them in her purse. He wanted me to stay, said he had one in his wallet. But I insisted that I get my own because it was extra sensitive. He was on edge with very little blood left in his brain so he agreed. I adjusted myself. Kissed his lips, and said I would hurry.

I went to the main bar again, winked at Missy and headed for the exit. She had his friend in deep conversation; so it took a minute for her to come up with an excuse to escape. She slipped out of the exit to meet me when he wasn’t looking. We took off our high heels and ran to the car giggling.

And off we went to a different bar and met up with some other guys. But I did wonder how long poor Brian waited in that restroom for me. Did he have to jerk off in there all alone? Did he lose his boner when he realized I left? I think I will always be the fantasy girl to him, the one that got away. I’m betting he thinks about our brief encounter often when he jerks off.

I am guilty, I love to break hearts and make balls ache! Am I playing a dangerous game? Yes, I sure am, but I always seem to win! Just ask Missy, she still owes me $50. 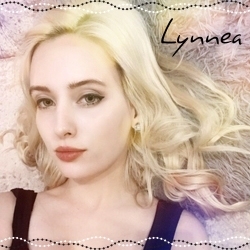 Email me for times other than my schedule. I may be able to set up an appt with you.

I will do Sexting in the evenings and sometimes on the weekends too. You can also email me to try and set up evening appointments. After 7 pm is best for me.